Department of Structural Engineering and Rutin Ltd. received funding for a research program.

The program is leaded by Dr. László Dunai, Dean of the Faculty of Civil Engineering. The aim of the project is to improve the performance of steel halls under traditional and extreme loads. One part of the research project is a full-scale field-test that examines the stiffening effect of the cladding. 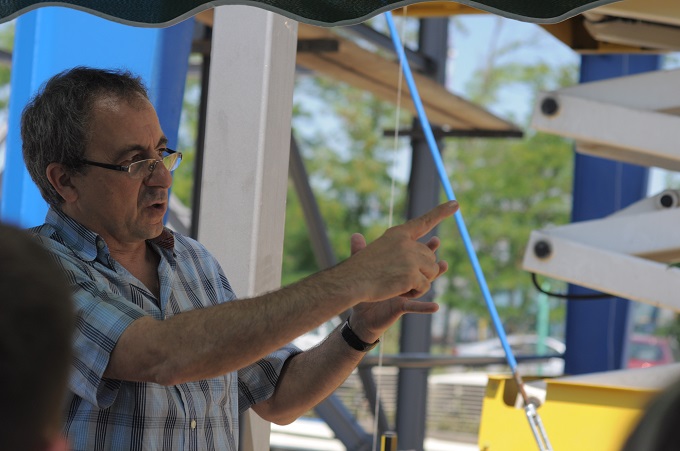 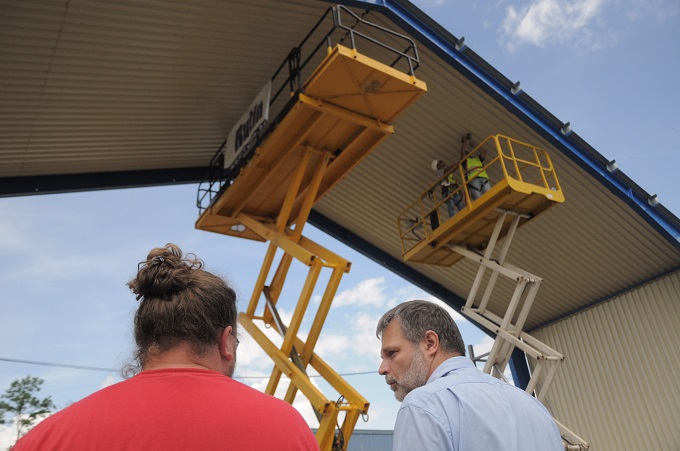 Several -international and department-based - research and thesis projects showed that the calculation methods existing in Eurocode standards can be improved regarding the computation of the stiffening effect of purlins and trapezoidalsheeting. 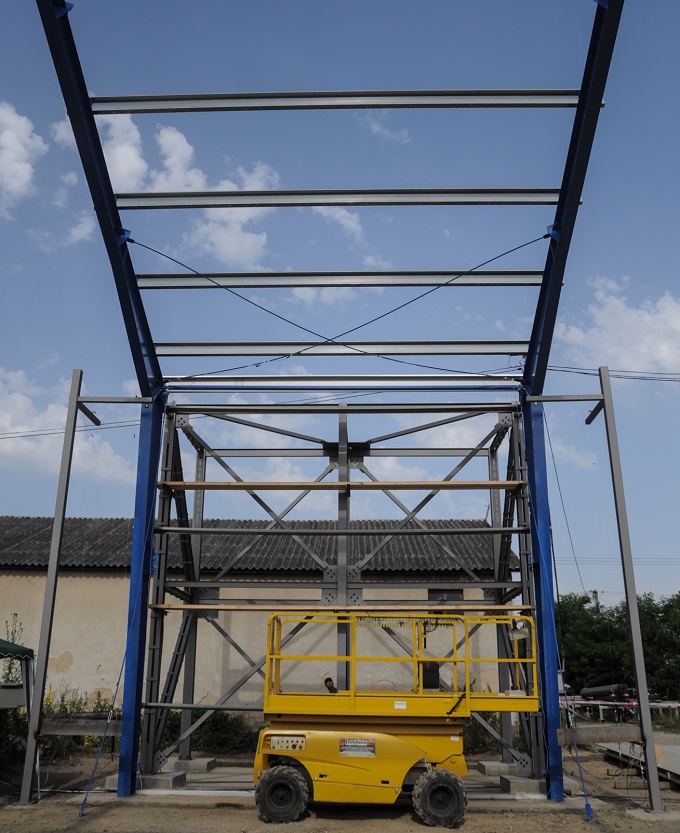 The uncertainty of the current standardscan lead to unsafe design of structures, i.e. in case of earthquakes. Thus, the goal of this program is to prepare a more precise standardized method that can be adapted to the Eurocode. 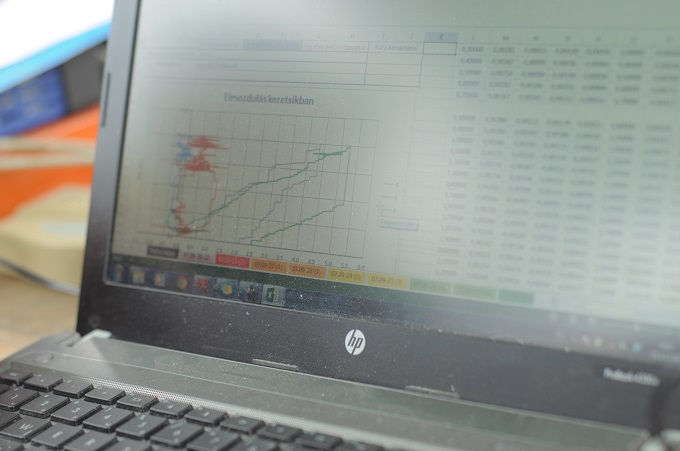 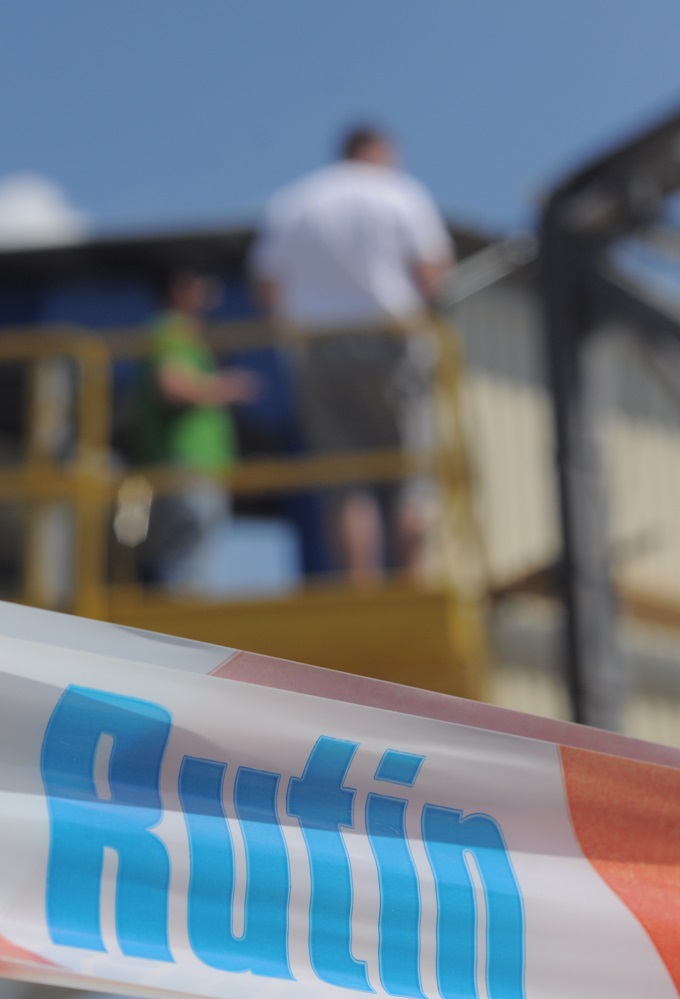 In the latest phase of the project the members and undergraduates of the Department of Structural Engineering have performed experiments at the depot of Rutin Ltd. in Dombóvár, Hungary. The research lasted for about three weeks. For this research, the braced frame unit of a tennis hall was built. 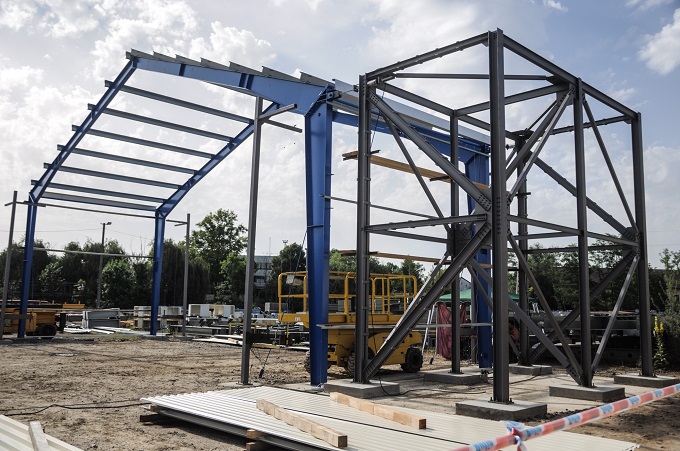 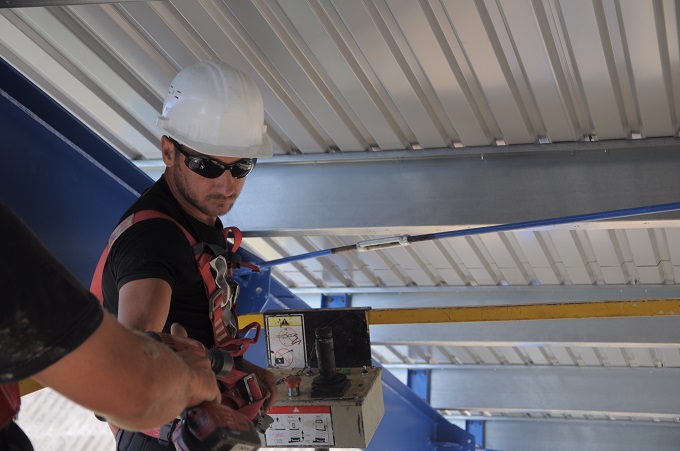 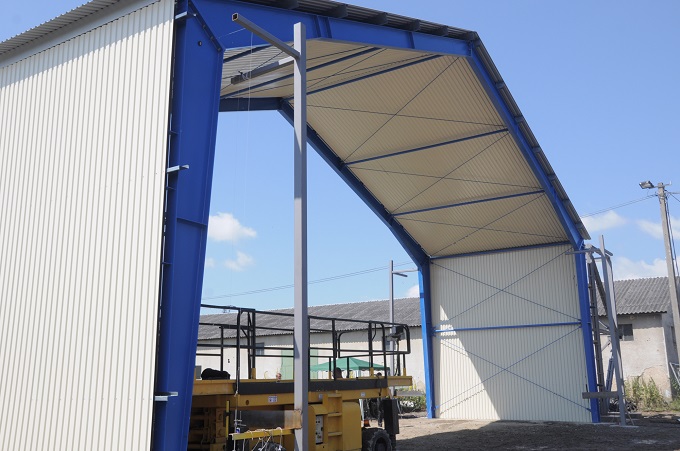 Four main types of structural systems were examined – purlins and trapezoidal sheets of two different heights – in all together 48 configurations. The frames were kept in the elastic range during the tests in order to ensure their later usability. 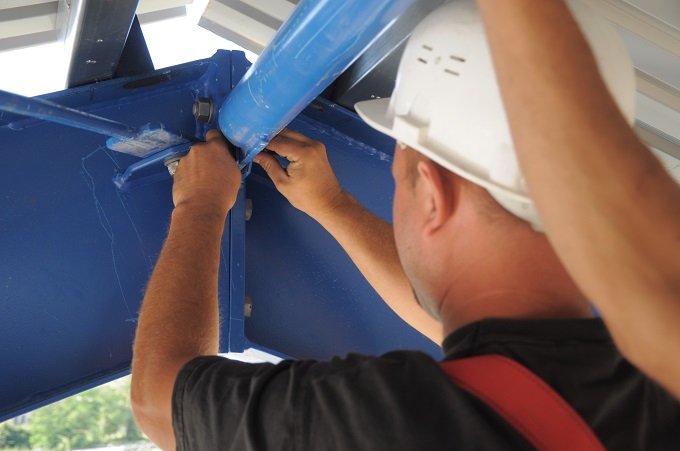 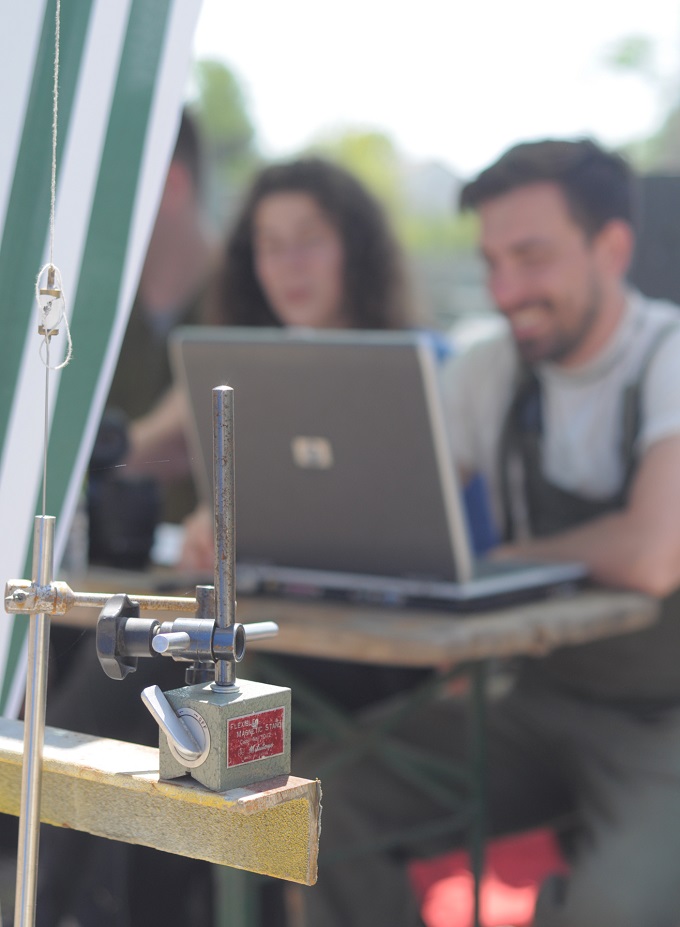 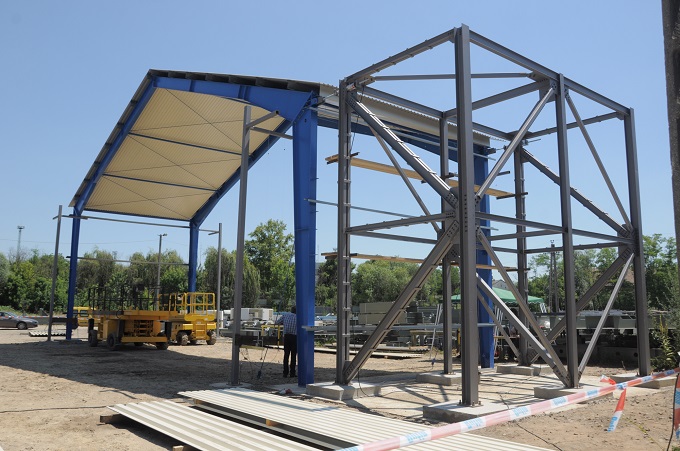 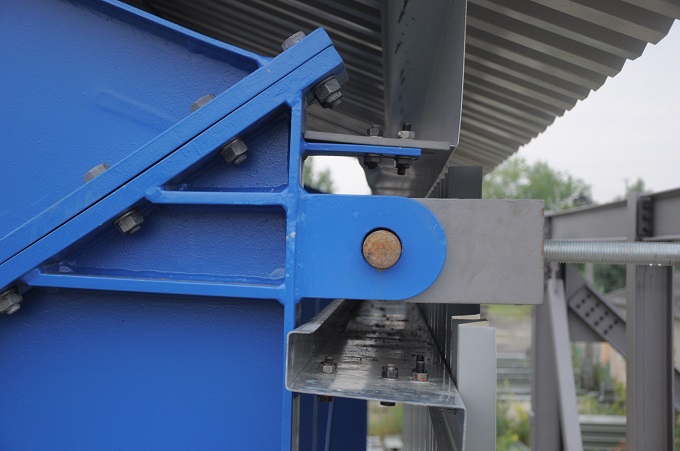 During the tests the followings were measured besides the magnitude of the loads: displacements in two directions of the top of the frame columns, strain acting in one of the braces, and the displacement of the loading structure. 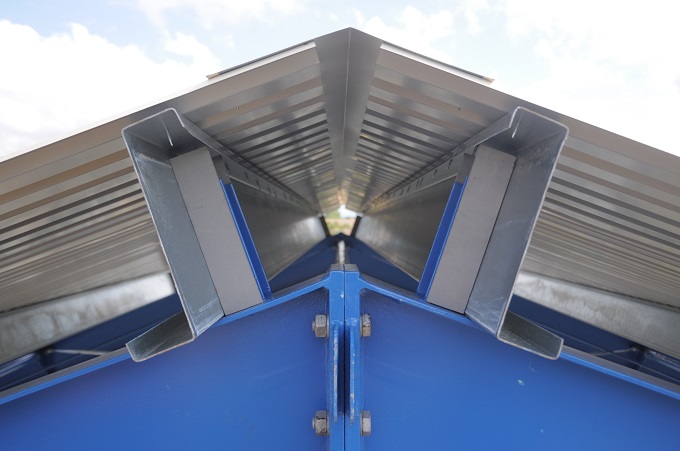 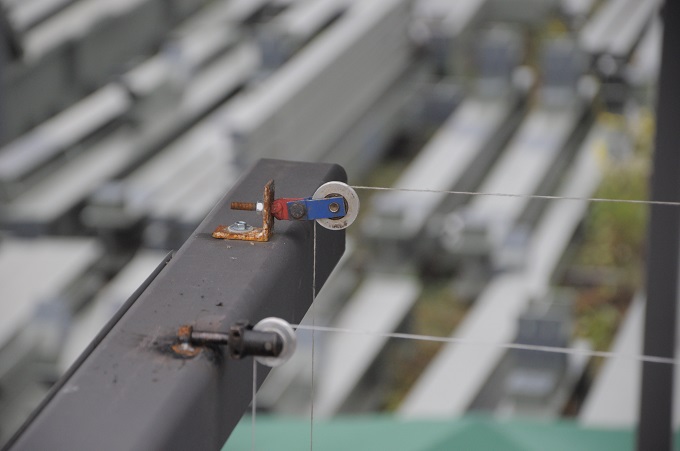 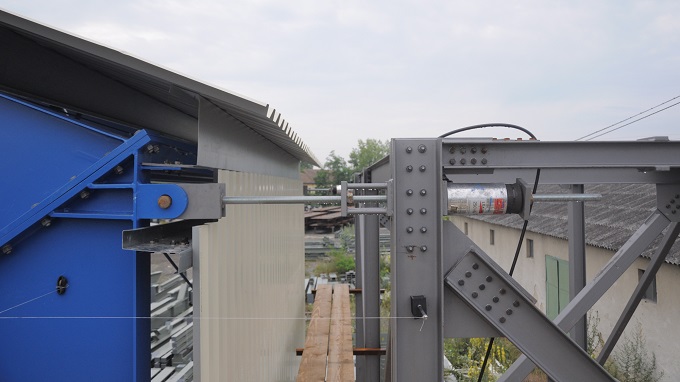 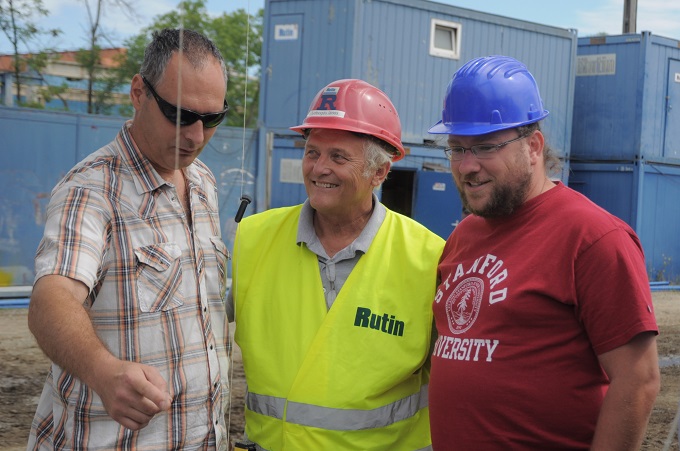 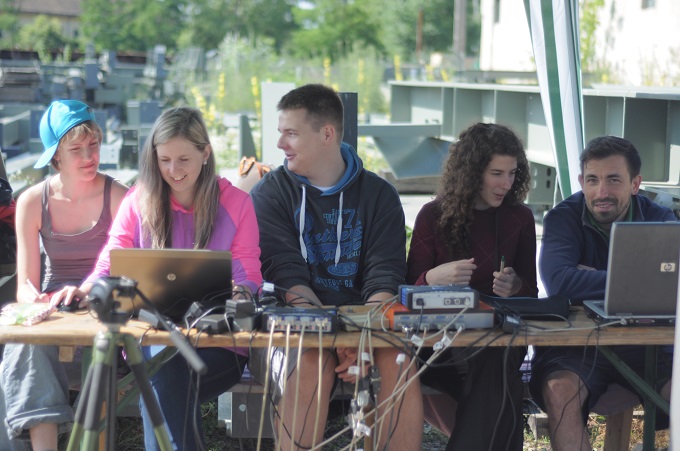 The experiment and its result will be thoroughly reported in our site: epito.bme.hu, in addition, a video report is under preparation.