Adam Ritter, as a thirty-year-old technical director and deputy chief of a successful company doesn't consider himself too young for these positions.

First, because he has more than 10 years of relevant working experience. In his free time he is a long-distance runner, and his career also seems like a well-built long distance run: he started at the beginning, first he took the opportunities at university, and then he was constantly seeking challenges at work too. Now he is training for the marathon, and in the field of work he doesn't seem like stopping at all, not even at the finish line. You can find out his secret in the interview below.

Why did you become a civil engineer?

In my family there is no one who work or worked in the construction industry, but we had smaller renovating jobs time to time, and we always made them ourselves with my father and grandfather, so I inherited some engineering talent. Apart from that I’ve always wanted to build houses. Somehow it stuck in my head. I was so interested as a little boy that I tiled a wall with a mixture of sand and water at my grandparents’ house, which is still there today. No storm could ruin those tiles. Of course at first I did not really know what kind of job should I choose at the construction industry, but I couldn't get away from the thought and it slowly became an aim. I did some research about the tasks of civil engineers, architects and technical managers. I went to an open day of BME before my last year at high school, and after that I decided the entrance sequence. The first was civil engineering. 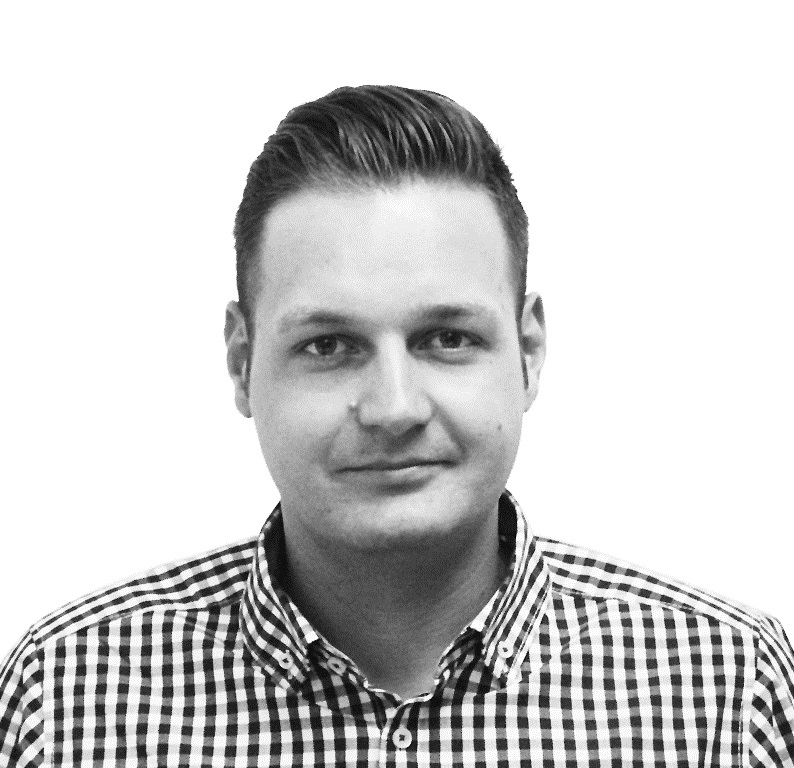 So you were quite informed when you started university. Were there any surprise?

Of course. I knew a lot in general about the construction industry, and its dependence on the economy. I was interested in that, so I dealt with it. I knew that that civil engineers can design and build houses, bridges, roads. However I did not know what does a civil engineer in details, for example calculating the load bearing capacity of a reinforced concrete structure. In total I got what I expected, but there were surprises.

The direction of specializations were obvious?

I did a lot of things throughout my university years: I was a member of the Civil Engineering College, and later became president of it, I organised career weeks of civil engineering, I visited a lot of conferences, so I became quite informed about several components of the field. I specialized in structural building based on my knowledge, and I still carry on that specialization. In addition to all that I did my professional internship at an Austrian company where I was dealing with structural building (Subway Station Tétényi street). Obtaining of my practical place was pretty easy because I met a lot of managers and HR managers in various professional events. That is how I started to work at Porr Construction Company (Porr Ltd.). In addition, I attended German language training at Faculty of Civil Engineering, which was another advantage at the Austrian company. After my internship I stayed at Porr. First I started in part-time job, but after I started to work in full-time. So when I had to decide about which specialization would I choose I already know that what covers what and who does what. That is how I choose structural engineering and geotechnical and construction management, which I’ve finished.

Did you get some plus because of the German training?

Yes. I studied half year in Germany with academic scholarship, then I got a half year long scholarship form the Viennese Technical University, where we learnt in small groups (8-10 person) it was a geotechnical and management master-training. When I started my studies in Vienna I’ve already worked at Porr, so I could continue my work in the head office of Porr in Vienna. In this way I had foreign work experience a 2 in 1 way. I’ve already worked at Porr for three years in different positions when I graduated. First I was an intern, then I became an in-house engineer and I get higher and higher slowly. I continued my way at Porr until I did not get further developing opportunities, because Porr did not won more construction jobs in Hungary.

I did not want to work to Porr in abroad, so I applied for a job at Market Group exactly at Moratus Structure Building Ltd. I started working there as a project supervisor in 2011.

But now you are a technical director…

Yes, and a technical chief deputy as well. As a project supervisor I led a medium and large projects for two years (mall Árkád2, Audi production halls), and then I felt that I need to develop further. So, I sat down to talk with leaders of the company, and as a result of that conversations, I was appointed to be a chief engineer. This meant that I had to deal with optimization of projects, preparing for future projects and specifying tenders. Few months later the company got some bigger projects and we started building the new Stadium of Ferencváros. At Moratus every big project is managed by a technical director. But because of the many projects, there were no free technical directors for the building of the Stadium, so I was the leader engineer of the structure building, with the support of the executive director. Before I dealt a lot with the preparation and prizing of the project. After that I lead the construction of the Hankook tire factory in Dunaújváros the same way. And finally first I became acting technical director then I became technical director.

What are you working on now?

Now I control the Dagály Swimming Arena structure construction and I lead the planning of the Telekom Headquarters’ supporting structure, and I have a lot of small, but complicated projects. Being a managing deputy means less bigger projects as a leader, more supporting tasks. Now I have more management tasks and less operative tasks.

What is your job?

When it turns out that we won a project, we need to prepare and analyse it as soon as possible. This is the hard part of our job. We make the detailed implementation schedule, and we have to sign the agreement with the main suppliers and subcontractors according to this. Then we have to make the work start and go on. We have to find the most complex technical tasks and details, and solve the problems. If we look my current jobs (Dagály Swimming Arena and Telekom Headquarters) they are special projects, because we did not get the plans from the customer, but we also controlled the planning itself, which means more work (we have to deal with its economical part and way of building it). As an executive deputy I try to support my college’s work, using my experiences.

Which part of your job do you enjoy the most? Organization or the engineering tasks?

I really enjoy both parts. I do not accidentally get into this field, I knew that the biggest advantage of structural engineering is that even if you are a manager you should deal with serious engineering tasks. I am never too far from the field of construction and it is so good.

What is the secret of your success?

The real attitude is important for a civil engineer, but the secret of the success is exactly that a civil engineer have to interest in many other things. I was brought up to be an open person. During my university years it helped me a lot that I read professional articles and I attended conferences and this interest still remained. Fortunately, at my current job I have the opportunity to improve my professional skills, but it is not required, so I have to go after the opportunities. In addition, I am interested in arts and sciences. As a part of the professional interests that I try to publish regularly. I am lucky because I could participate in large projects, which is worth to writing about.

Good organizing and problem solving skills are also essentials. Of course these skills could be developed, but it is easier if somebody already understands the problems quickly and finds the solutions simply. Last but not least, foreign-language knowledge is very important. The opportunities and connections that are opened because I speak German, defined my career at least 50%.

What advice would you give to today's civil engineering students?

University students are living a little bit in a conch, which has some advantages, but for the later work is important to step out from this conch as soon as possible. They should go to constructions, as much as they can. Go and talk with everyone from skilled workers to project managers. They should also go to the design offices and try what designers are doing (it is not an easy job).

What is the job, which makes you proud the most?

The biggest advantage of this profession and the true beauty in it is that what you plan, you figure out will be materialized and became concrete in front of your eyes.

In addition, these are things will to disappear in 50 or 100 years. For example I could build one station of the Metro 4. If once I will have a daughter or son I could show her/him that this station was built by me. Do I need more? Currently, I am most proud of Dagály Swimming Arena, which is a world-level listed building, because such a huge establishment was never built in such a short time. I am grateful that I could be a part of this project and the team which did this project. Moreover, to build a swimming pool is specially good, because this really beneficial for the public, and I hope it gives a home to many Hungarian victories in 2017.