What does a vice-dean do? And three?

According to dean Dr. László Dunai the three vice-deans are the three musketeers of the Faculty, and they form a super team.

Despite of the very similar title, all three vice-deans of Faculty of Civil Engineering are performing really different tasks, moreover they are totally different characters according to the Dean. It comes to the light quickly during the interview – among many other secret information. 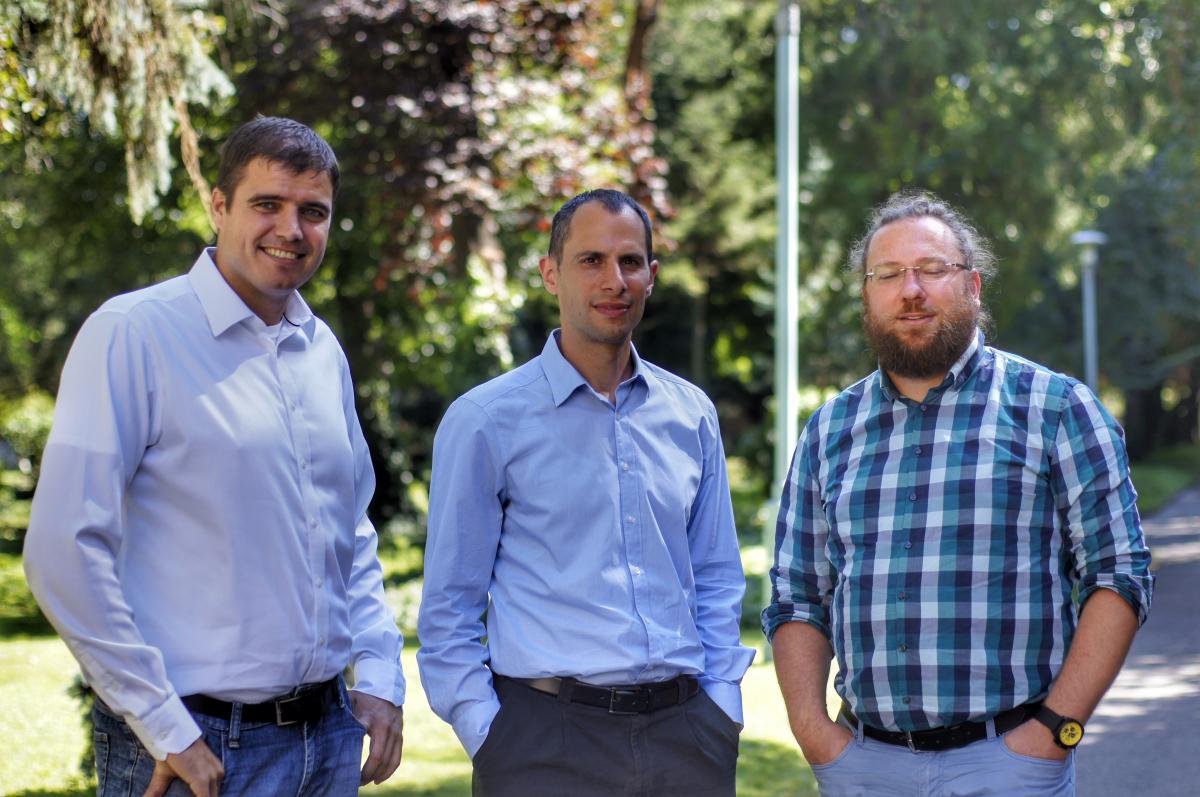 The triple interview needs much coordination – everyone is busy. When we finally meet, the soft needling started immediately. It was going on through the whole interview, and in the end (during the photo shooting) things had come to jokes, in which they assert that their own field and work is much more important than the other two vice-dean’s together. (I guess that is what we call healthy competitive spirit.) So there is no question that Dr. Attila László Joó economic vice-dean, Dr. Tamás Krámer scientific vice-dean, and Dr. Tamás Lovas educational vice-dean all love their job.

Flóra Tóth: How did you start your civil engineering career? Does it turned out soon that you will stay at the Faculty after getting your degree?

Attila László Joó: I graduated in 2001, also my father is a civil engineer, so partly that’s why I’ve chosen this career. In the beginning I was not preparing to be a PhD student, but then I met our current Dean, he became my supervisor in a special homework, plus in a Scientific Student Conference (SSC) thenlater he became my diploma consultant. After that he offered me to stay as a PhD student. So I stayed, and got my PhD in 2009. I went through the academic ranks, and I am a docent since 2012.

Tamás Lovas: I graduated in 1999 and also my parents are civil engineers. Actually I did not really think about staying here. Professor Detrekői was the person who gave me a prod to do a SSC, and then due to his impression I applied for doing PhD. At that time I did not think about this kind of career, first I liked education. In beginning I dealt with graph modeling of transport networks, then thanks to a scholarship I met a new technology, the laser scanning. I have been working as a docent since 2009, and I am the vice-dean of education since last March.

Tamás Krámer: I started my studies in 1993, first I wanted to be a traffic engineer, because I had adored road construction since high school. Fortunately, I realized just in time that civil engineers build the roads, so I came here. Then a professor of the Depratment of Highway and Railway Construction advised me to choose the more general structural engineering degree, and I did that. Meanwhile I started a SSC research with Professor János Józsa, our current rector, which impressed me so much, that I wanted to continue my career as a PhD student. I continued my work in lake hydrodynamics, so I got knowledge in three themes: transport planning, structural designing and also waterworks building. After I went across the usual academic levels, I am a docent since 2009. From July 2015, Attila and I were commissioned vice-deans and became elected in September of the same year.

ALJ: I just would like to complete our stories with one thing: all of us went to the USA thanks to the Imre Korányi scholarship and did researches there. I guess, I can say for all of us, that it greatly shaped our approaches.

FT: What is the structure of the faculty, what are the tasks of the vice-deans? 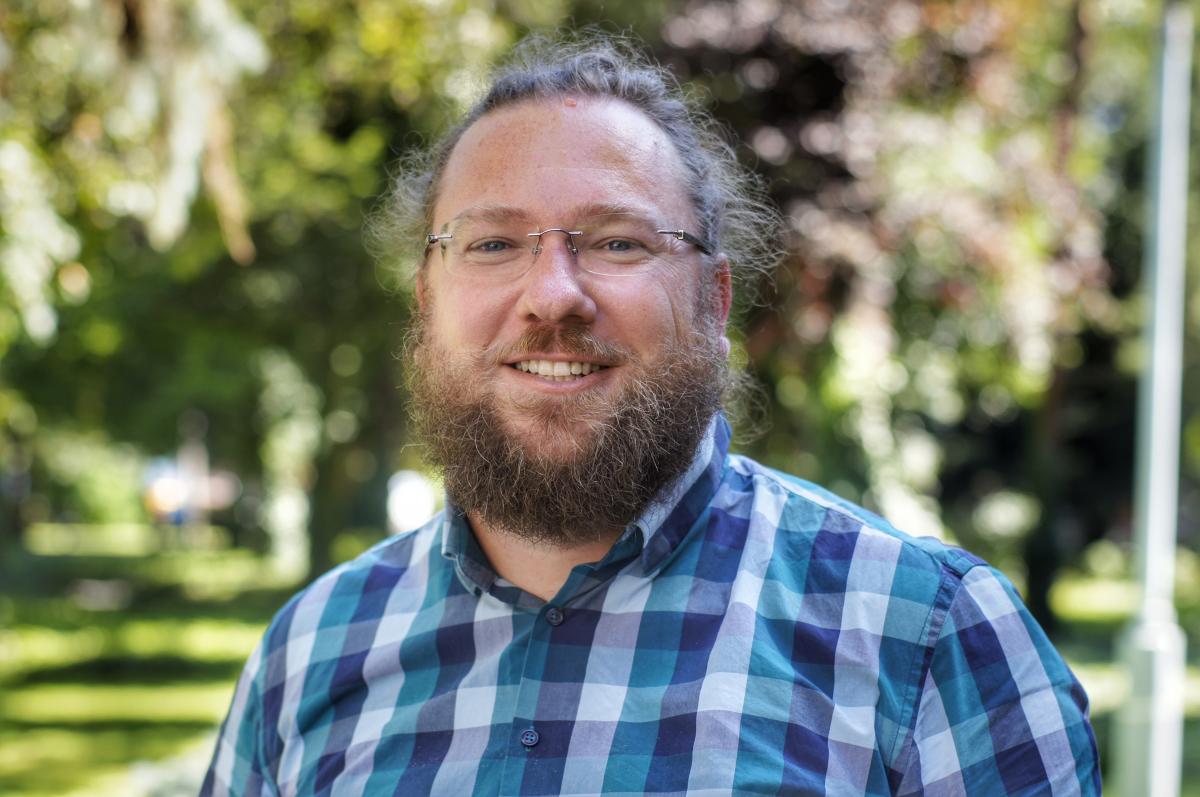 ALJ: There are three vice-deans, I am the economic vice-dean, who is responsible for the finances and the budget, and also the administrative issues. As the guys have a relatively well-established area, so everything that does not belong to them, practically belongs to me. Everything in connection with HR and its administrative works are my responsibility as well. I work in close cooperation with the Dean’s Office, in addition all kinds of rules, dean’s regulations, and faculty regulative devices belongs to me. My work has a systematical commission form at university level, we have an economical vice-dean meeting every week, not like the educational department… (laughing)

TL: I will answer this! 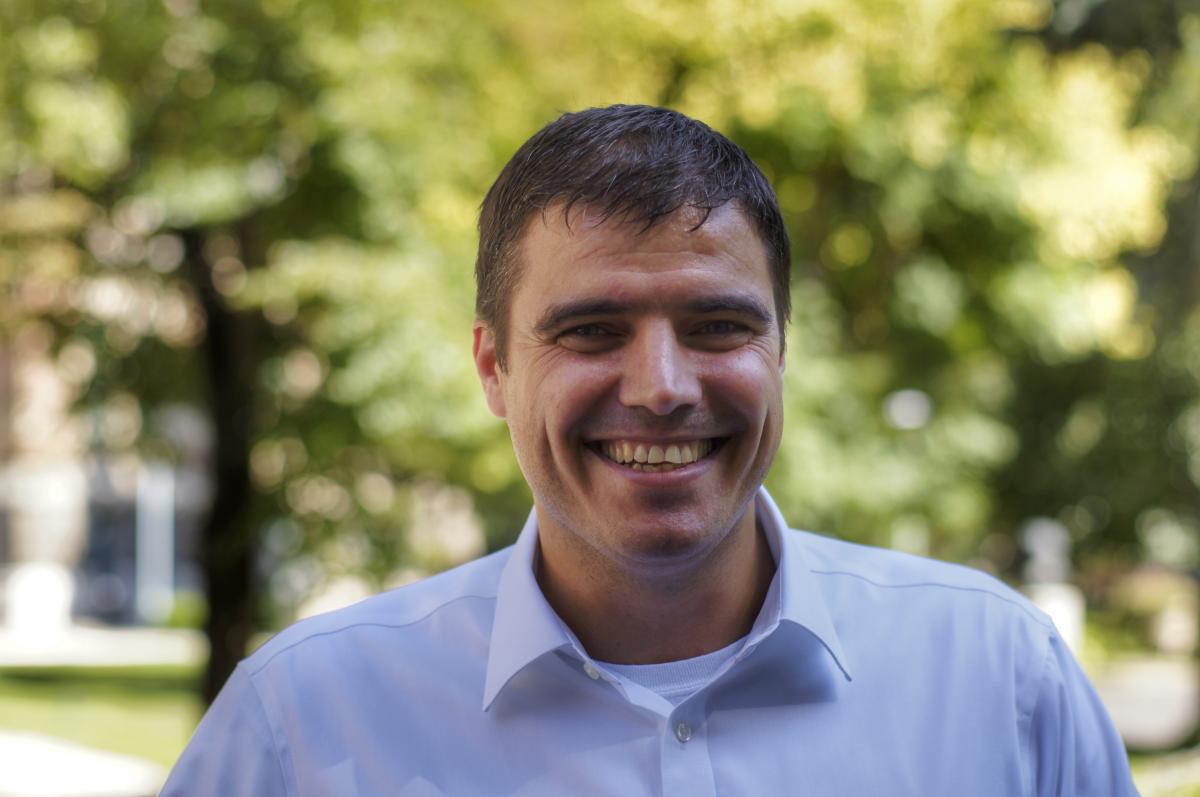 TL: The educational vice-deans do not have weekly sessions theoretically, but last spring we had Educational vice-dean meetings every week because of the new SER (Study and Examination Rules) and of course it is not a two-hour long small talk unlike at the economical ones… (laughing) In the educational field we have tasks that occur once in every 10 years, just like now the new SER, but most part of the work is not like this. I’m working as an academic administrator of the Faculty, I am responsible for all the educational problems. Sometimes there comes 100 academic affairs in a week from our students and instructors, from the most trivial things to really serious problems, and we have to solve these problems. Our responsibility is the administration related to education, the organization of admission, to bring the limit of grade boundaries, the organization of examinations, and also we have to organize the optimal utilization of the classrooms.

TK: Then everything else that they did not mention is the task of the scientific vice-deans. (laughing) I support the scientific work of the Dean. Administration is an important part of it. I make statements to the University from the academic performance of the Faculty, the application, and the infrastructure. I work out the nomination application materials of the Faculty to the honors. There are seasonal tasks, for example the management of the scholarship “Új Nemzeti Kiválóság Program” (a program for young researchers, PhD students and university students). In addition I coordinate the Priority Research Topics of the faculty. This year I had one big task during the last year, which the Dean named when he offered me the vice-dean position. We expanded a publication supporting system to motivate the students, with this we help them to understand the importance of the continuous high-quality publication. Although there is a person who is responsible for SSC, but I also keep an eye on the resources and help in the application process. Moreover all matters related to PhD students also belong to me.

FT: The Dean said that you three are very different. Is it true?

TK: But I agree with that, fortunately we are different. (laughing) We came from different specializations. There are common things, we became docents not so long ago, we went across the usual levels of the Faculty and we are the same age.

FT: The instructors of the Faculty engaged in education, research and industrial tasks. Which one of the three is your favorite part?

TL: What should an educational vice-dean say?! Education is really my favorite part. 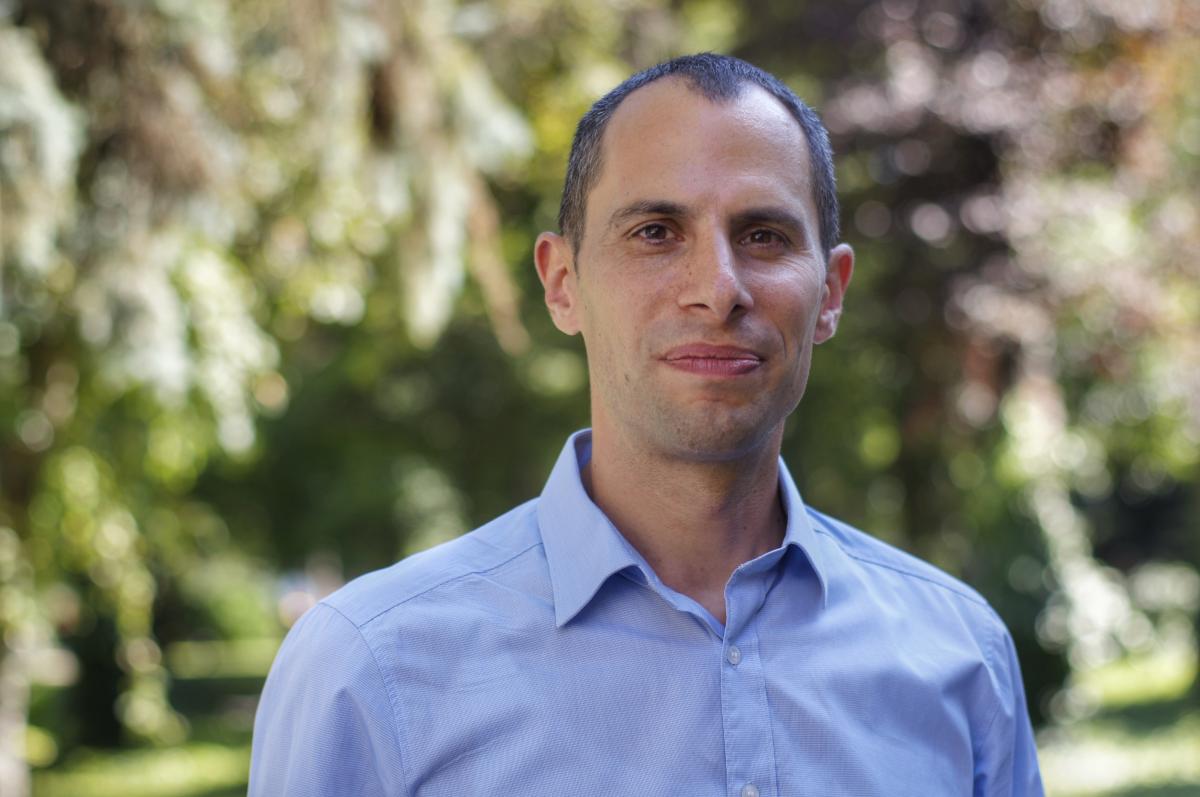 TK: I got a book from Tamás (Lovas), I can’t remember the details, but there was a classification of a person’s professional life in it. It said that there are urgent and important things, and these two categories are usually not overlap. You cannot really postpone the urgent things, although you must pursue the important things, and try to modify the urgency to avoid ignoring the importance.  In my story industrial work received more emphasis than necessary, and I got the educational loads, classes came in every six months. Scientific activity was that I mainly carried out through my PhD students. I should pay more attention on it. Our vice-dean tasks do not take it easier, but for a scientific vice-dean it must be an aim to keep the interest in the scientific achievements after obtaining a PhD.

ALJ: I would like to add that, many people think that a university professor position is a senior position, and we are just sitting in a room from 8am-4pm. In my opinion anyone who wants to perform well as a professor, has to perform well, or rather excellent in all three areas.  So I do not think that any of us close his laptop after 8 hours of work. Sometimes we mailing each other at midnight. But anyway, we have to cope with all three areas.

TL:  This manifests in education, because I think a qualitative, executive instructor, who wants to reform lessons, and bring new ones, has to command economical, scientifically experiences, and holds up her/his knowledge in a high level.

FT: What do your students think about you?

TL: I belong to the more liberal educators. Sometimes in my head it confronts with the management of academic affairs, because we cannot always allow things, I have to be strict consistently as a vice-dean.

TK: In my opinion they do not recorded me among weel-disposed professors, while I think I am just consistent, in a positive way. Sometimes I surprised that they think I am rigorous, but I usually give great marks to my students.

TF: Do you have any free time for your hobbies?

TL: If too much work comes together, it takes time from self-instruction and hobbies. I’m in this situation with sport, I run at least three times a week, and I used to come to work by bike, but after I became a vice-dean, I have to choose car. The reason why I drove currently is on one hand that I have to be elegant often, on the other hand I come early to work, and it takes almost an hour by bike to get here, and the same to get home, and unfortunately it is too long right now. I do not want to take time from my family.

ALJ: I also do not have much free time, I had to abandon my hobby because of work. I dealt with rescue dogs, by the way I met my wife there. Currently we do not have any time to continue it. Our second child was born recently, and at the same time I got the promotion. So I try to spend all my free time with my family.

TK: I also used to run, but recently I did not have much time for it. I do not want to reduce further family time. I try to spend my time with them at the evenings and during the weekends. But unfortunately it is not always possible.

FT: Where do you prefer to spend a holiday? Abroad or inland? City or waterside?

TK: I prefer abroad. That is real relaxation for me.

ALJ: Nowadays we used to travel somewhere in the country, because of the small children. I think rural hospitality developed a lot, and over the beauty it is also important to us. Previously I travelled only abroad, but right now we only think in domestic travel.  If the kids will be older, probably we will make bigger trips to abroad.

TL: There was a period when I had to travel a lot because we had two big EU project, since that I do not like travelling by plane very much. We go abroad once a year with my family. Fortunately we have broad family, so it is easy to explore domestic places.

ALJ: If I have to choose between the city and the waterside, then it is obviously the city.

TK: I should say waterside, but visiting a city is more typical in my holidays.

TL: I usually hike, so I like mountains, countryside and the city sights, but my children prefer waterside. 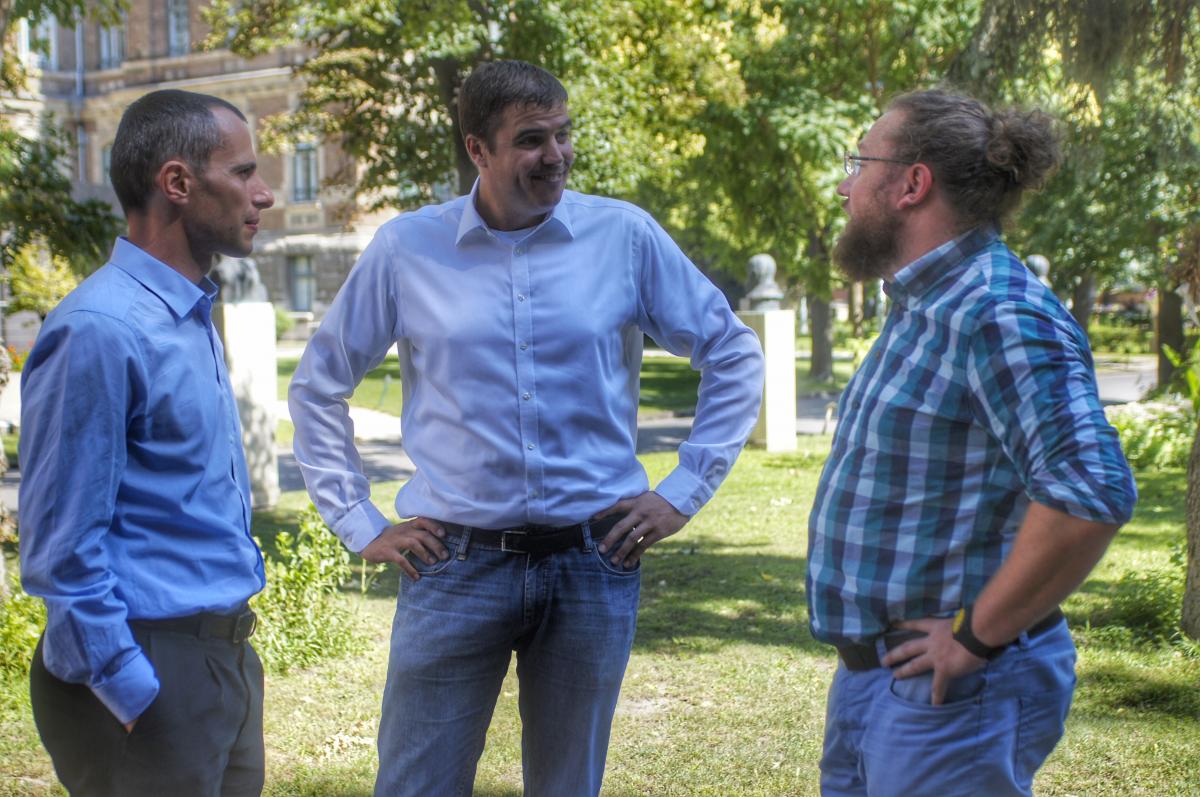