Civil engineering, environmental engineering and general engineer students from 11 countries applied for the ATHENS course. The French, Italian, Spanish, Portuguese, Czech, German and - for the first time this year - Turkish students attended lectures, carried out a group project, and went to site visits during the five-day course.

The instructors of the international course gave lectures on various aspects of the reconstruction of historic buildings. During the week, students learned about building technologies suitable for historic buildings, which may not necessarily have the protection status of a historic monument. The lectures also contained energy-conscious design methods, solar energy technologies and internal thermal insulations. 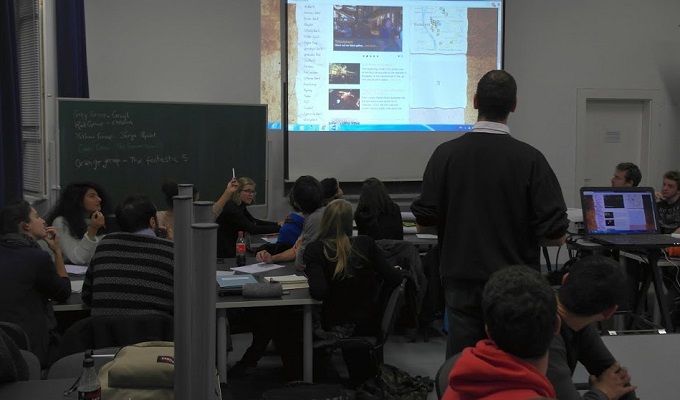 The project work, like in 2013, was the renovation concept of the Miksa Róth glass-art workshop. Groups of students presented plans for the building technology and energy efficient reconstruction and gave a new function to the historic building. 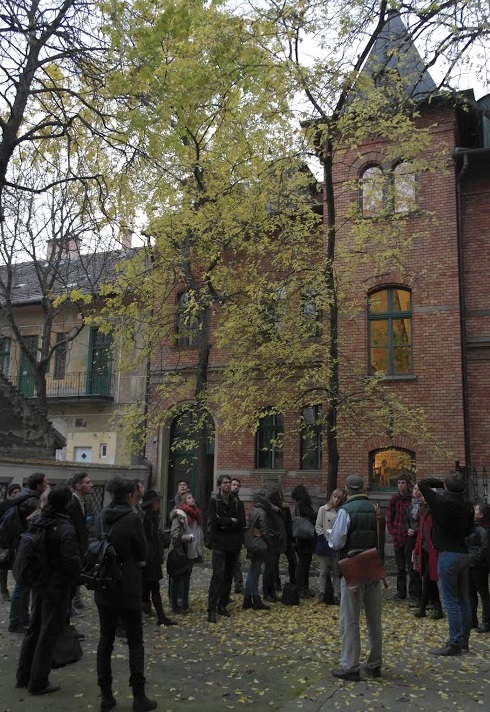 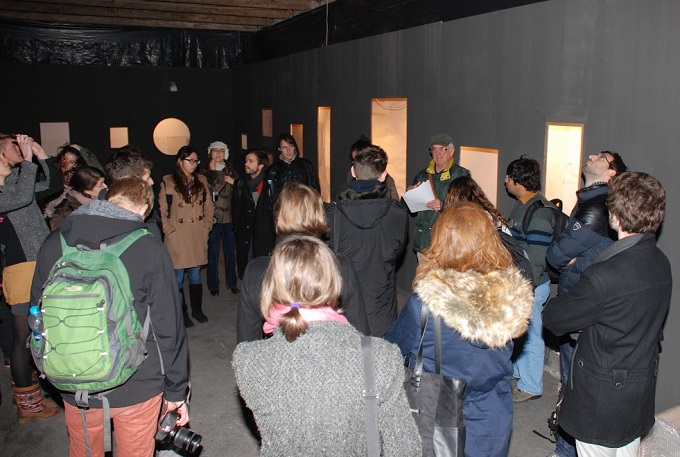 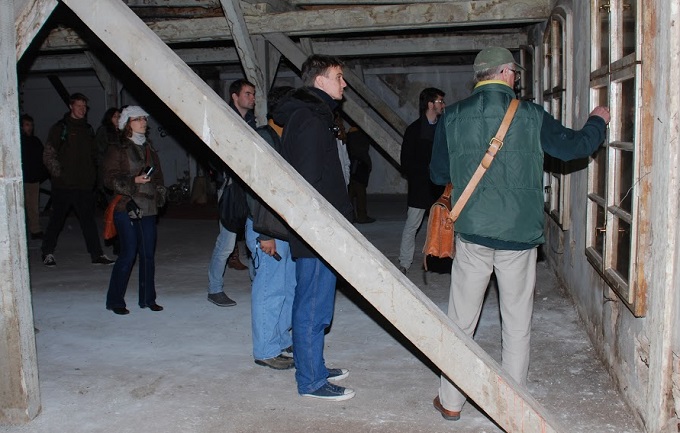 Most groups insulated the building, renovated or changed the windows and doors, and utilized solar energy in various ways. One of the most interesting solutions was a sunspace in front of the brick façade, which functions as a buffer space during the winter, increasing the thermal insulation efficiency. 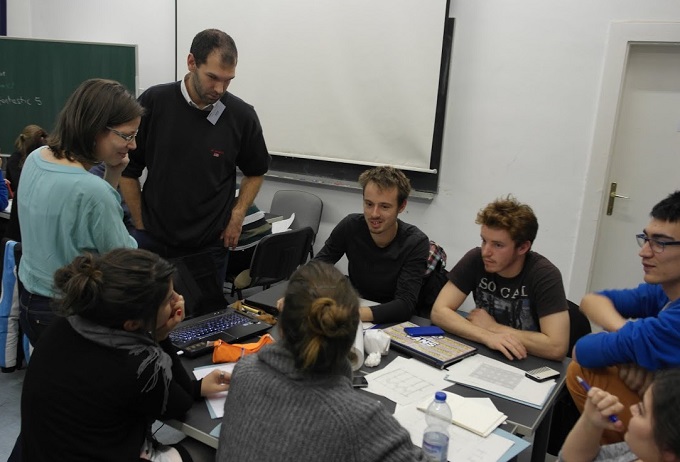 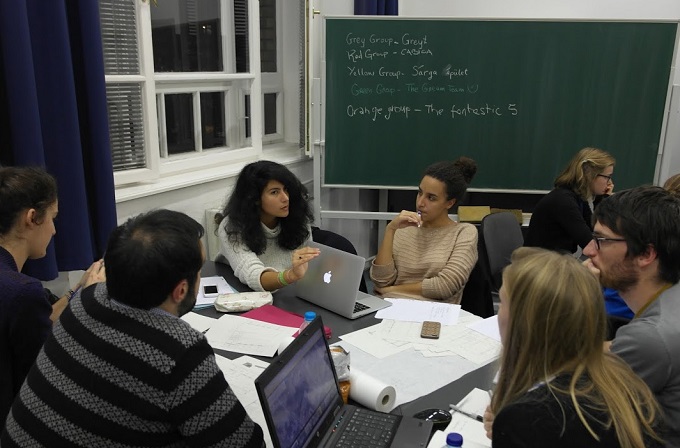 The concepts were presented on a workshop on the last day. Besides the jury of the teachers, according to the tradition, the students also rated each other. This year there was a neck to neck competition at the first place. The jury choice, considering the technical details, was the full-time educational center for young mothers, where mothers in need can attend continuing education, while their children are in daycare. In this financially independent facility there would also be a beauty salon (cosmetics, hairdressing saloon), where the mothers could work for the same wage as the unemployment benefit. Most of the students chose the “fablab”, an incubator house for startup ventures with a coffee shop also in the building. 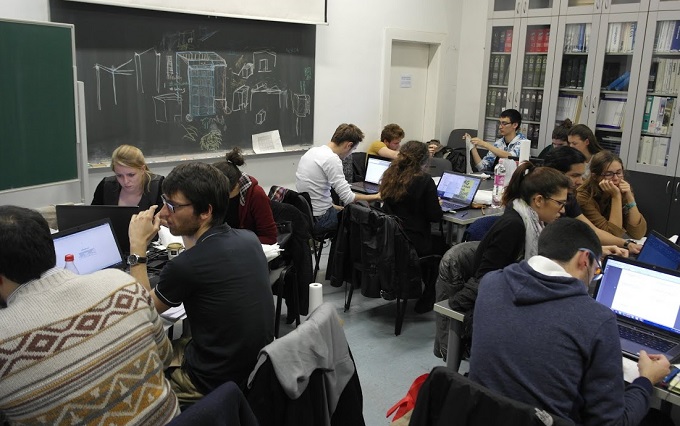 The participants of the Athens course could experience firsthand the stages of the historical building reconstruction process. In 2013, the students had visited the Eiffel Palace during construction, and the students of the 2014 course saw it in its complete state. The group was led by Zsolt Gyöngyösi, the head of the DVM Group’s Environmental Department, who was responsible for the sustainability of the project. 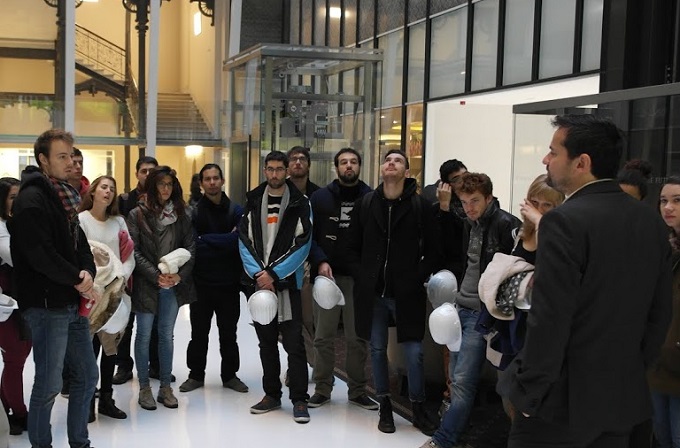 The office building reached exceptional ratings both in the British BREEAM and the U.S. LEED international rating systems. The main environmental features are the location of the building, the solar collectors on the roof, the innovative waste collection and water technologies, the separate bicycle storage at the entrance level and the charging station for electric cars. A very rare technology was used in the impressive-looking building: the slabs were demolished, only the façade of the original building was preserved, and a multi-story underground garage was built. 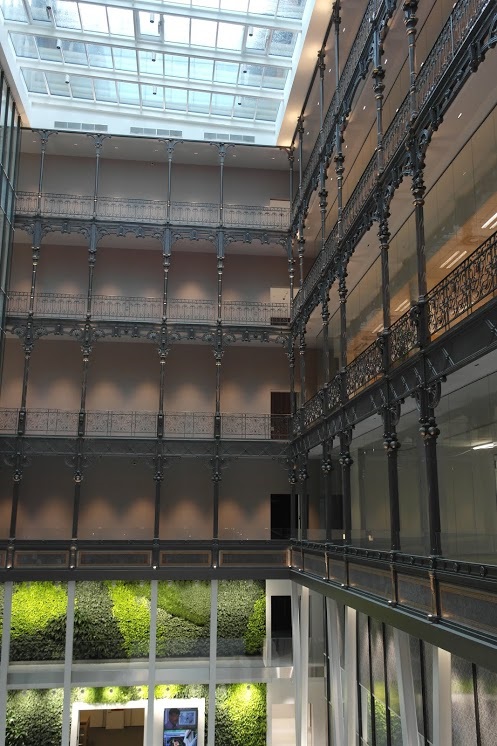 The next stop of the site visit was Andrássy Street. Csaba Nagy and Botond Benedek from Archikon architectural office introduced the special aspects of historic building reconstruction. 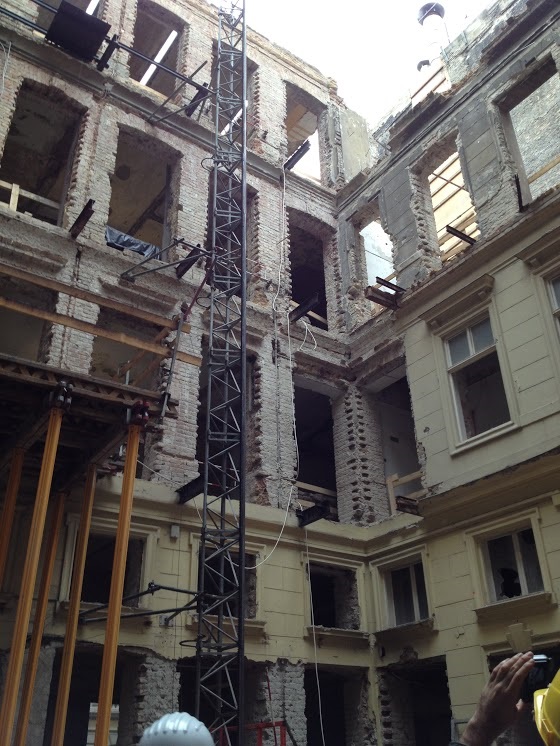 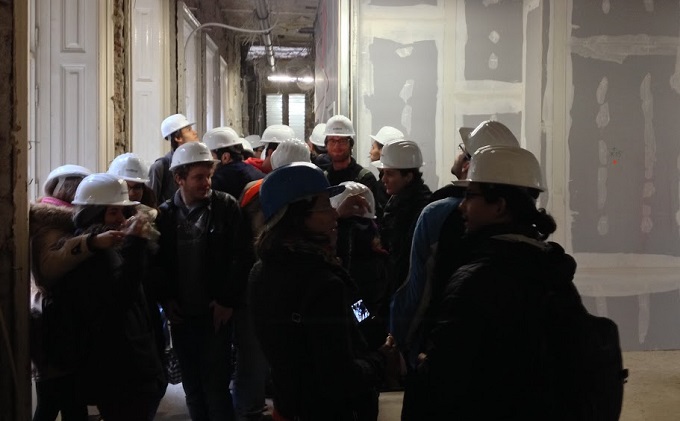 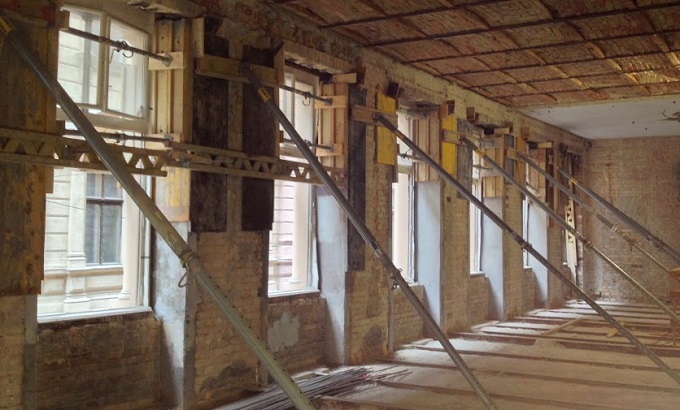 The next stop of the site visit was Andrássy Street. Csaba Nagy and Botond Benedek from Archikon architectural office introduced the special aspects of historic building reconstruction.First the students visited the construction site of a hotel at Andrássy Street 8, where they could observe the typical structures of the early 20th century. Then the field trip continued to Andrássy Street 19, to a former apartment house rebuilt to a luxury store. 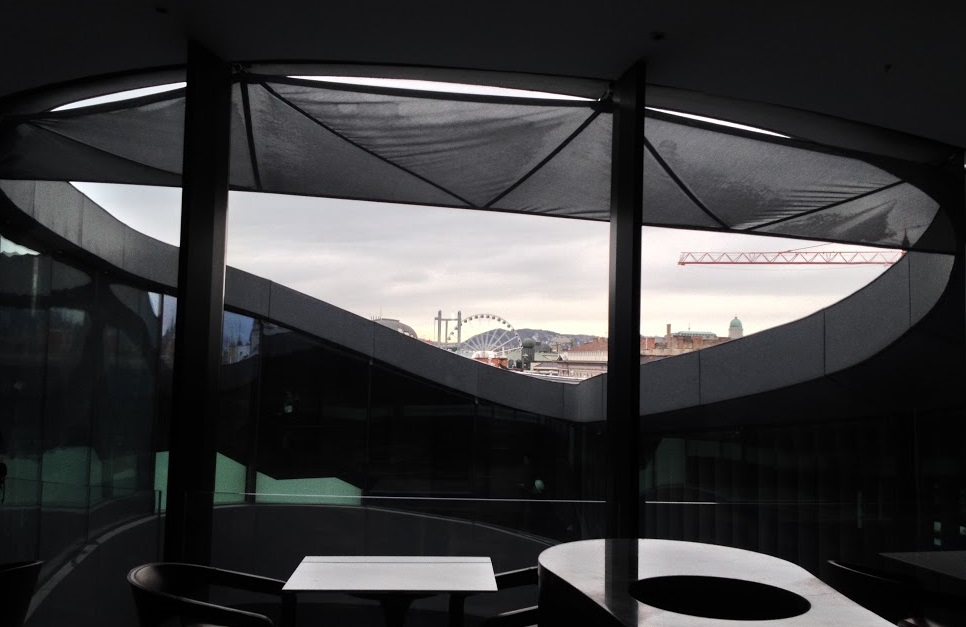 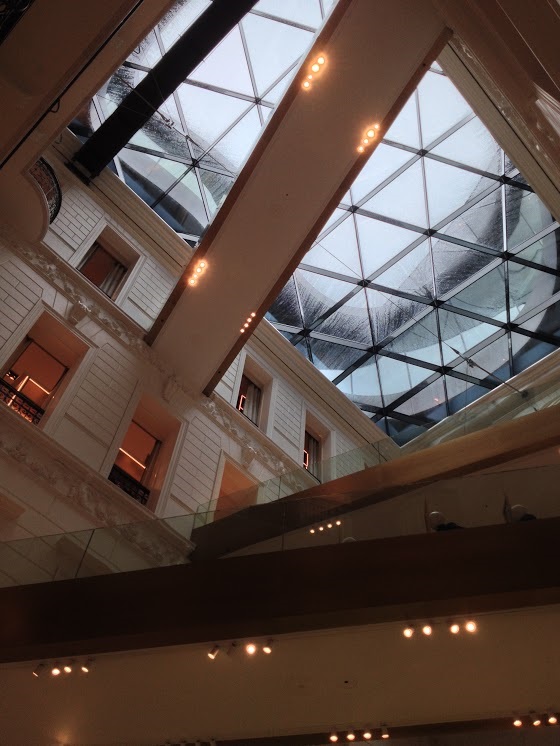 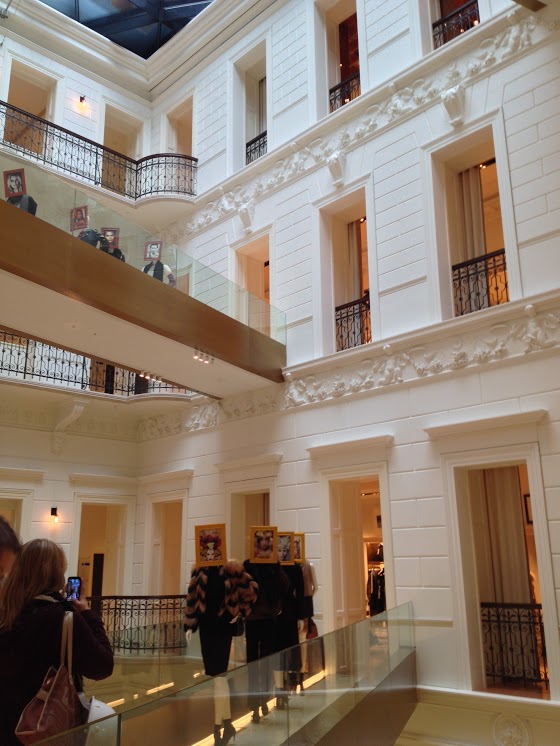 The last station of the site visits was the new Visitor Center of the Parliament, which was presented by the architect of the complex, Zoltán Tima. 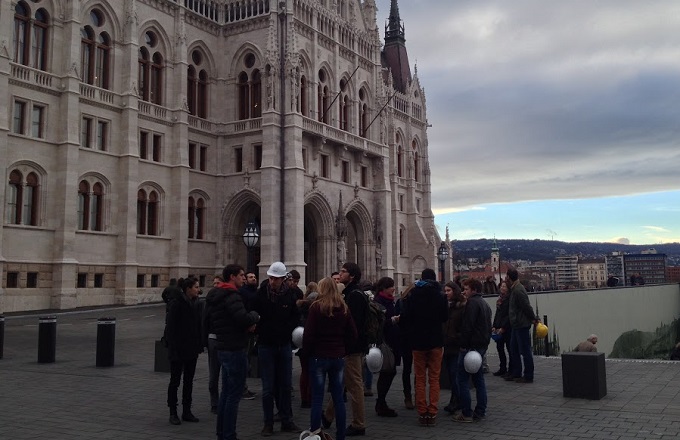