In 2016 the Senate of the Budapest University of Technology and Economics granted the title of Honorary Citizen of BME to Thomas Cholnoky. He earned special merits through support for the Civil Engineering and Architecture training.

The 94-year-old former professor of the Department of Structural Engineering lives in the United States, but his health has kept him from attending the award ceremony in the last two years. Thomas Cholnoky has managed the Dr. Imre Korányi Civil Engineering Scholarship with great enthusiasm since its foundation in 1986. He named the scholarship after the famous construction and structural engineer, a former professor and head of department of structural engineering. Each year the scholarship makes it possible for usually one young PhD academic of BME to conduct 8-10 months of research at one of the best engineering universities of the United States. To show their gratitude, some of the leaders of BME and the Civil Engineering Faculty, many of them former Korányi-scholarship receivers, decided to give the honorary citizenship award to Tamás Cholnoky in person, at a modest ceremony, organized near the home of the professor. The award was handed by the team of: János Józsa rector of the university, László Kollár vice-rector, László Dunai dean, Attila László Joó, Tamás Krámer and Tamás Lovas vice-deans. 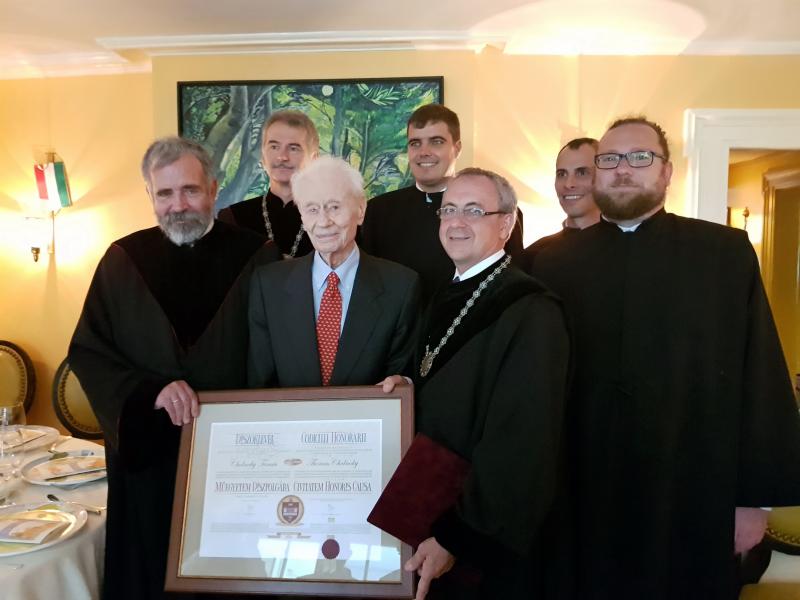 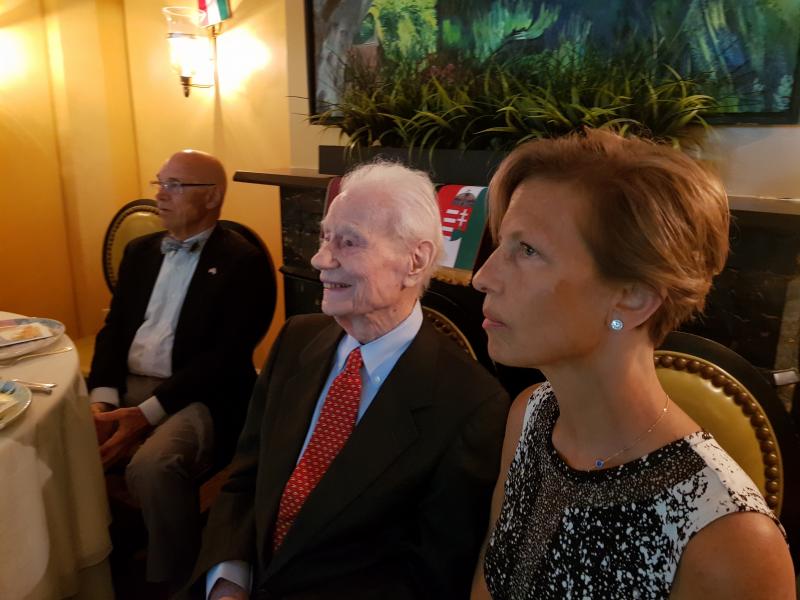 Through his outstanding and generous work Thomas Cholnoky has made a remarkable contribution to the advancement of the BME engineer training. The Korányi Scholars play an important role in the Hungarian civil engineering training and research. Many of the former receivers of the fellowship have since become professors and leaders of the Budapest University of Technology and Economics: among them 6 professors, 17 associate professors and 3 assistant professors are currently working at the faculties of Civil Engineering, Architecture and Natural Sciences; three of them are academics, four are MTA doctors, all of them holding a PhD. They play a major role in the leadership of the Faculty of Civil Engineering as well: a vice-rector, a dean, 4 vice-deans and 5 heads of department are former Korányi Scholarship receivers. 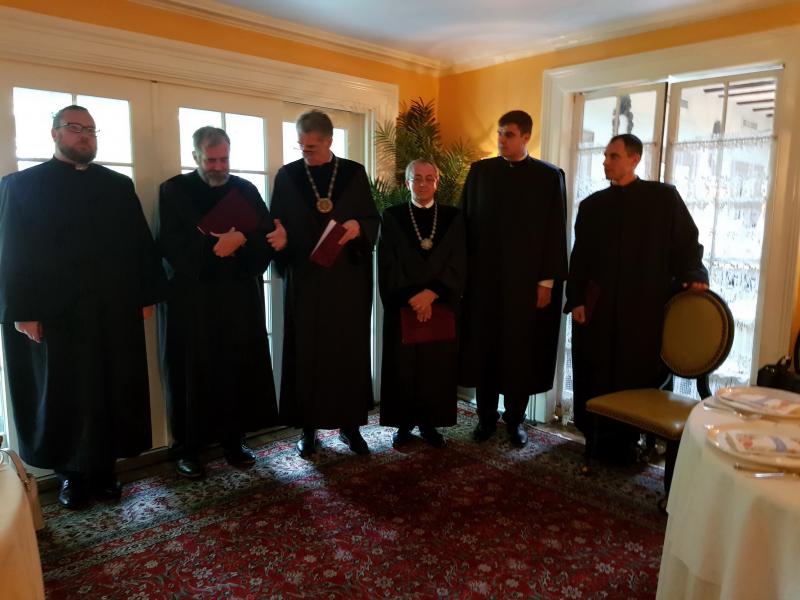 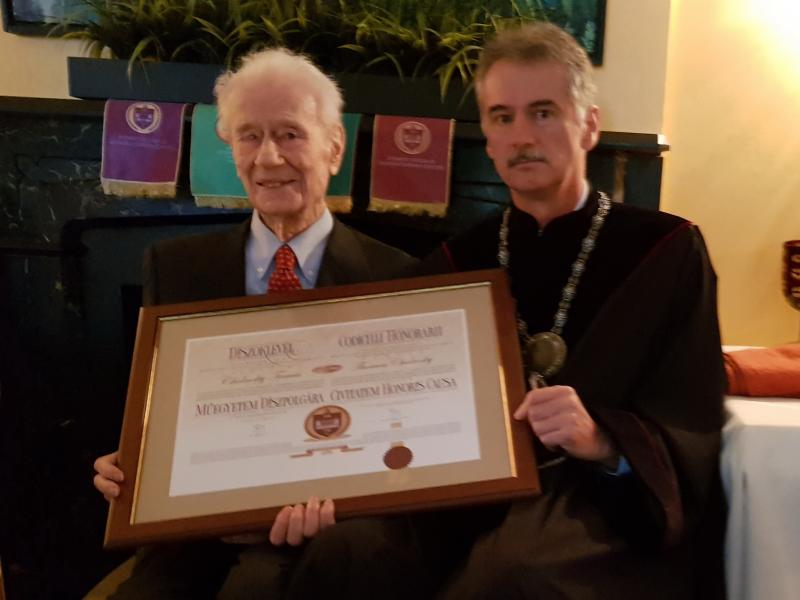 The 30 Korányi Scholarship receivers of the past 29 years:

He was a contemporary of the poet János Pilinszky, who dediacated a poem to Thomas Cholnoky:

Over my head the stars above

under the merciless grey sky

against the wall I recline.

from my abandoned mouth.

no matter what, just let it come.

I’ll be obedient, so good,

I’ll tumble on the floor dumb.

I deceive myself no more,

there’s no one to help me,

no redemption by any pain,

no god can protect me.

Nothing on earth can there be

slowly coming towards me